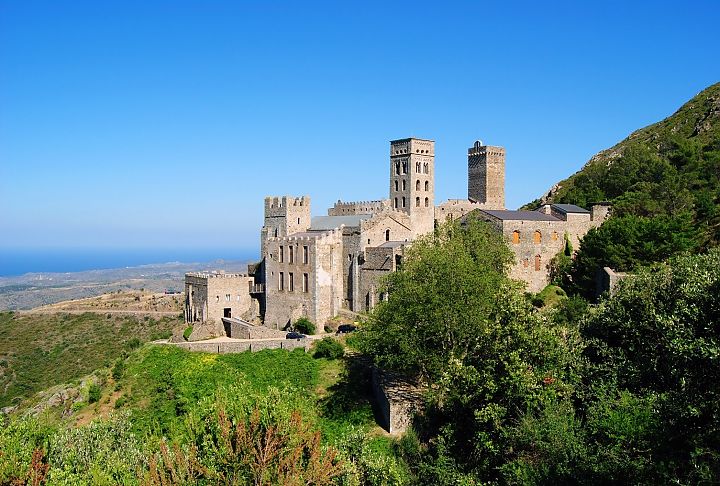 It is built on the side of the Verdera mountain with a breathtaking view over the bay of Llançà and El Port de la Selva, north of Cap de Creus.

Benedictine monastery in the Romanesque style, the most emblematic of the Empordà. Although its origins are uncertain, it is mentioned in the year 878 and was finally abandoned by the monks in 1798. It adopted its main configuration between the tenth and twelfth centuries and underwent enlargements and changes until today . The monastery with the church of Santa Helena, the remains of the village of the same name and those of Verdera Castle are an extraordinary monumental complex, with a spectacular landscape.

This Romanesque jewels is best known for its church as well as its bell tower and fortified tower, both of which date back to the 12th century.

He received the national monument distinction in 1930.